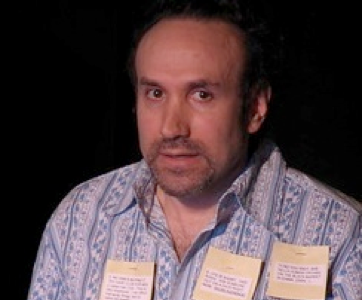 Carl Kissin debuted his one-man show, “No Solo Mio” (director: Ari Kreith) at the Jackson Rep Theater. Each night however, the show involved the participation of everyone in attendance.

As part of the dozen or so “monologues” in the evening, audience members sang, read fan letters, created plot lines, and learned English as a second language.

Although the theater-goers and reviewers had a great time, the International Association of Solo Shows objected vehemently. “This is an outrage,” said President and sole member Juan Uno, “a solo show is supposed to be one person. One! I run a one-man office. Do you see a secretary here or an I.T. guy? No. It’s just me and I’m desperately lonely – please stay for a while. I have a large jar of pretzels and a water cooler with color-coded hot and cold faucets. We can share.”

Review of No Solo Mio 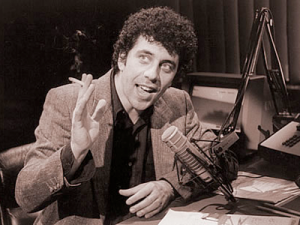 But Irate Father Still Wants Him to be a Lawyer The riveting debut performance of Carl Kissin in Talk... 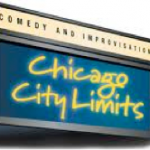